Below, we collect the individual year-end top ten lists published by a variety of music sources, including critics, music magazines, music shops, and more. This page will be updated at least once a day throughout December and January as new lists are published; be sure to check back frequently.

Critics pick the best albums of 2019 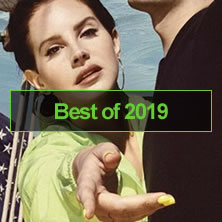 Below is our updated running tally of the albums most frequently mentioned by individual music publications in their year-end top ten lists.

Although many of the lists come from publications whose reviews are included on this site, we have also included extra lists from prominent music stores, websites, a few radio stations, and publications not normally found in Metacritic's music section.

Note that if a source ranks more than the standard 10 albums, we will not include titles ranked 11th or worse. (We do include unranked lists of 11-20 items, though each album gets just one-half of a point.) In case of a tie for first or second, each album will receive the full points for that position. If a publication has multiple lists for different genres, we attempt to choose the most general one.

Our points system works as follows:

Below are the 179 individual top ten lists used to calculate the standings above. Some publications may list albums without ranking them; such lists are displayed below, without numbers, in alphabetical order.

See our compilation of critic top 10 lists in TV and film. We have also published our list of the highest-scoring albums of 2019. You can also track which albums are landing on critics' best albums of the decade lists.